NumBots was created and released in 2019 following repeated requests from teachers who used our big brother programme Times Tables Rock Stars, to develop a similar programme but instead of helping children master their multiplication and division facts, to help teach addition, subtraction and number bonds in a fun, gamified way.

At the start of a two-year process, the team made a commitment that NumBots would develop a robust understanding of mathematical concepts, strengthened by automatic recall of the basics – a true “teaching for mastery” approach. We pulled together best practice from the NCETM, White Rose Maths, teacher influencers, educators in Shanghai and Singapore and from leading academics. We got forensic about every fact from 1+1 to 100+100 and drew on our collective experience in the classroom. From that, we distilled the three essential elements now at the core of NumBots: sound pedagogy, memory-building routines and great gamification. The result is a world-class app for learning addition and subtraction.

Times Tables Rock Stars was created by Bruno Reddy, a secondary maths teacher with a huge passion to ignite a love of maths in his pupils. Back in 2010, he noticed that many children were arriving at his school without the basics in maths and, worse, a downbeat attitude towards their own mathematical ability. Multiplicative reasoning was their biggest weakness and perversely, was also the single biggest theme underpinning GCSE maths, so he decided to tackle the perennial issue of youngsters not knowing their times tables.

Armed with a blow-up guitar and a wig, he played rock music at the beginning of each maths lesson and encouraged his pupils to answer quick-fire times tables questions. This “little and often” approach in a fun and engaging way, quickly started to deliver results. After a pupil suggested that he turn it into an app, Times Tables Rock Stars (named after being called a ‘rock star’ for washing up the dirty mugs) was born!

Now used by over 17,000 schools and over 100,000 households, Times Tables Rock Stars and NumBots are collectively helping millions of children across the world to develop their understanding, recall and fluency in basic maths.

We create fun opportunities for children to develop and recognise their lifelong maths skills.

Every child grows up to say

"I am good at maths"

We’re not afraid to put smart ideas into action. We don’t see a ceiling to what we can do together. 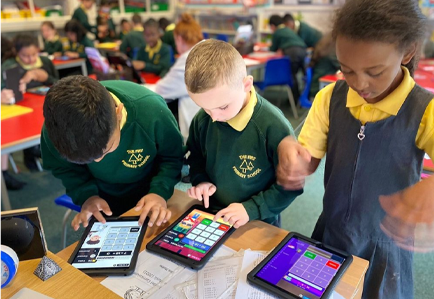 We make a difference to children’s education and we value each other’s genius in our collective pursuit of excellence.

We work hard but we laugh harder. We believe that a positive buzz creates better things.

We care about the children, our customers, our community, our team, and our environment.

We fiercely believe education should be accessible to everyone and our passion for inclusivity flows into everything we do and everything we are. 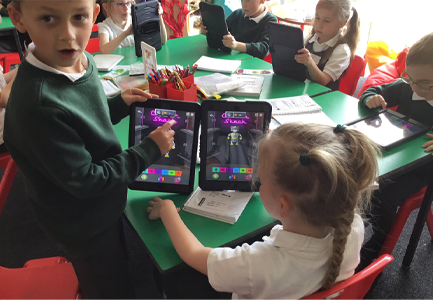 We’re real people with real life experiences that shape our work. We’re proud of how we’ve grown and we talk honestly, helpfully, and with integrity. 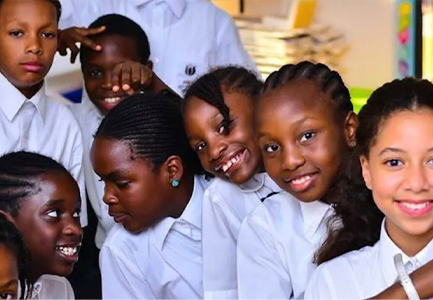