Posted at 16:18h in Features, Teaching by Sarah Parrish

You may have heard that abacuses are making a come-back in classrooms as part of the Department for Education’s efforts to help children catch up in maths post-COVID. If so, you have heard correctly!

One type of abacus in particular – a rekenrek (also known as a “Math Rack” or “Number Rack”) – has been revealed as a key component of the NCETM’s “Mastering Number” programme, which is currently being rolled out to Key Stage 1 pupils at 6,000 primary schools in England.

What exactly is a rekenrek?

The rekenrek contains two parallel bars; ten beads are threaded onto each bar.

The beads sit on the right hand side of the rekenrek when they are not being used. The user pushes the beads they require to the left when they are using them.

How is it different to other abacuses?

The key difference is that on each bar of the rekenrek, the first five beads are red and the last five are white. This transforms the rekenrek from a counting tool, to a subitising tool!

As well as being able to feel and visualise the number of beads, children can see how each number relates to 5 and 10. (For example, if they are asked to “Show 7” on the rekenrek, the children will know to push the five red beads and 2 of the white beads to the left, rather than count out 7 beads one by one.)

Children are encouraged to push the beads to the left as a group, rather than one bead at a time, as this moves pupils on from counting in ones and improves their number sense. 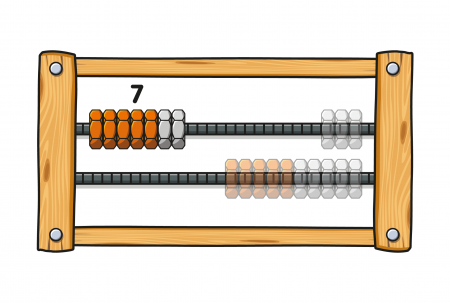 What are they used for?

As well as improving children’s understanding of each number, the rekenrek is particularly useful for establishing the base-10 system and explaining addition methods which refer to it.

Furthermore, using the “concrete” manipulative helps children to understand physically how whole numbers can be made up of two parts (part + part = whole).

The parallel bars of beads also enable children to compare two numbers. As a result, the rekenrek can be used in the classroom to support discussions about commutativity, more than/less than, calculating the difference between two numbers and subtraction. 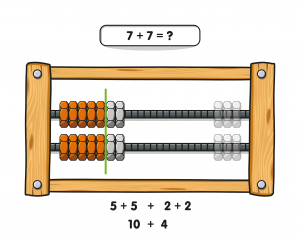 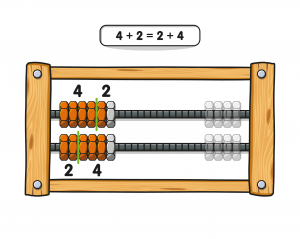 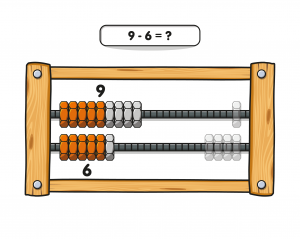 How are rekenreks used in NumBots?

Given the many ways that rekenreks can support children learning maths, we decided to incorporate them into Story Mode on NumBots. The rekenrek levels have now joined all our other virtual manipulatives, including classroom favourites such as dienes and bar models.

Check a few of our favourite rekenrek levels out for yourself: